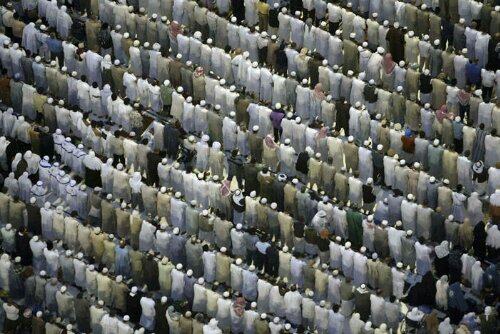 The terrible thing that has happened in Burma shows me something. It shows me how useless muslim populations have become for the rest of the world. Honestly, are we the best ummah brought for mankind? Because, to me it seems that anyone is just ready or getting ready to massacre our populations anywhere. Why?

There is a summit of Muslim leaders in KSA this week. All leaders are gathering together to talk about what is going on. Will talking be enough?
It is our policies that make our nations what they are…divided and hurting eachother! What about that? Look at our countries. Look at our social structures, facilities and see who can do what. It will not take a genius to figure out that we actually breed prejudice and inequality. We have made our people useless by keeping them occupied with filling forms and standing in line.
In Saudi Arabia, A class nationalities are all nationalities of the west, b class are other arabs and c class are the rest of the muslim nationalities. Explain that please in the light of Islam?

Brain drain.
Since we do not get opportunity in our lands because of discrimination and laws that confine and restrict instead of nurturing and promoting growth..our great minds will be found in the West..creating great concepts and serving nations that mobilize their armies to bombard our farmers..
Why don’t a Saudi, a Palestinian, a Kashmiri and a Pakistani have equal rights and opportunity in a muslim land? Any Muslim land. Why? Why does an arab american have a lesser salary than an american american..i.e..Mr. John. Why?
What policy divides us? You want qualified? I have plenty of each. Oh but corruption cannot be killed and so one muslim must abuse another….

Now..the muslims of Burma. They are people not wanted by the Budhist state of Myanmar. One question: have Muslim countries run out of land? Myanmar had previously approached the UN to place this population somewhere..the UN had rejected this proposal. What were Muslims of the world doing? Now.. when thousands are massacred..we are posting pictures and making noise! Pathetic!

I can say just one thing: Muslims will be happy and loved only when they learn to be more human and less selfish and delusional. Unite people..fight prejudice and promote unity not with great speeches but by effective policy please. Equal rights and opportunity is the way to go. Accomodating muslims unwanted in non muslim lands will bring more blessings too…

One thought on “Summit & Myanmar”